The Use of Similar Colors and Design Elements across Blockbuster Films 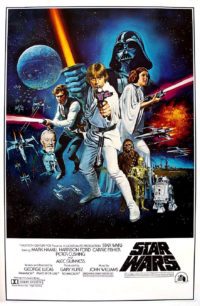 Films know they are going after a specific audience, so they commonly utilize similar poster designs, but is the research saying to use these similar elements up-to-date? Franchises seem to try and fit as much action on a poster. Is this what audiences really want, or are they just used to it, and the studios don’t want to take any chances? In terms of color, the use of orange and blue hues is common across bigger films.

Poster design plays a huge role in the marketing of a film. So many blockbuster films utilize the same techniques and styles when it comes to designing their posters, but are these really the best ways to capture an audience? So many posters for the biggest movies coming out are filled to the brim with characters, sometimes with just their heads floating in a crowded background. Yes, these films succeed most of the time, but is the poster really helping that happen or are fans going along for the ride, already sure they will like it?

When Spider-Man: Homecoming released a fairly simple poster featuring the title character resting with a view of the city behind him, fans reacted. They absolutely loved the simplicity of this poster, paired with how well it defines the personality of the character. Later posters for the film were filled with characters, one was designed to look like a collage a kid might make for their binder. There was some originality in this, but the design came across lackluster and not too far removed from the hodgepodge of floating heads we typically see. Spider-Man: Homecoming went out of the box with its poster designs, and the simplest design had the biggest reaction.

To really see the impact a poster has on the success of a film, we should look at a smaller film, such as Moonlight, which went on to win the Oscar for Best Picture. The simplicity and beauty of the Moonlight poster garnered a fair amount of social media buzz for a low-budget film. The poster is captivating and simple, yet it shows exactly what the film is about. In this instance, having a strong poster with its own unique style helped the marketing of a lower budget film.

When it comes to films with built-in audiences, such as blockbuster franchises, are the posters really bringing in an audience, or is everyone coming because they already know the material? If the posters aren’t pulling in an audience, maybe they need an update. If blockbuster films decided to go away from the overly crowded blockbuster poster with its common color scheme of blues and oranges, could these films pull in another audience? The simpler posters of recent blockbuster films were noticed on social media, so maybe stepping away from the common design practices for these films, even more audiences can be reached. Maybe a captivating poster can help a blockbuster film reach a more art-house oriented artist.

How a poster is designed plays a huge part in the success of a film and the variety of audiences the film can reach. Poster design is an important part of the marketing of anything: an event, film, business. Bringing something new and unique to the table can open up the possibilities of attracting even bigger audiences for your product, be it a piece of media or an up-and-coming small business in need of an eye-catching design update.